It seems like everyone has one. Fitbit. Garmin. Apple Watch. Everyone is sporting some type of wristwatch device to count steps, record heart rate or calorie burn and measure sleep quality. But do these fitness trackers really work?

Consumer Reports ranks trackers by Fitbit, TomTom and Garmin as top for collecting personal health data. They are accurate, simple to use, easy to read and versatile. They can show you how many steps you’ve walked this year, they can tell you when it’s time to get a new pair of running shoes, and they can remind you when it’s time to go to sleep for an optimal night’s rest. So they do work. But do they work for what people want most: to lose weight? Studies say no.

Losing weight with your tracker? Maybe not. 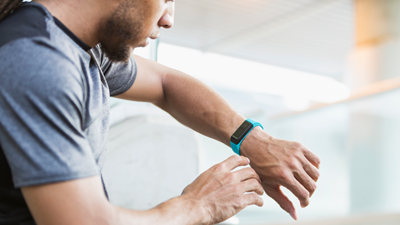 So with all of those advantages trackers offer, why is it that people who don’t use fitness trackers lose more weight than those who do? That’s the result from a two-year weight loss study published in the Journal of the American Medical Association.

In contrast, the other half of the group used wearable devices that synced with their computers so the participants could track progress.

Interestingly, after 24 months, the people in the fitness tracker group lost less weight than the others, with those in the standard group losing an average of 13 pounds while those in the device-wearing group lost only 7.7 pounds.

With 51 percent of Americans reporting they use a wearable fitness tracker, this news could be disheartening—but perhaps it shouldn’t be.

How fitness trackers can be useful

A tracker, like any fitness tool, is something to be tailored to an individual’s needs. It isn’t to be used in a vacuum. Trackers can be beneficial because they help you inspect your progress. You can’t set goals or expectations until you inspect what you’re doing. If you want to increase your step count each day, you have to know what that step count was, say last week, and then see how you measure up this week.

At the same time, you have to make sure your tracker meets your particular needs. If you get a tracker because it’s popular, but it measures laps around the track, when you’re more interested in laps around the pool, the device won’t be as useful to you long-term.

Despite being initially motivated by using a tracker, usage of trackers drops off after the enthusiasm fades. According to CBS News, one research firm estimates that 33 percent of trackers are abandoned after six months.  Perhaps the user got bored or hit a plateau. Fitness trackers don’t (yet) have the capability to modify an exercise program to push through a plateau. But that could be coming as companies continually strive to improve the products to make them more useful.

Users may also abandon their trackers because the focus on fitness may be too narrow. If you weight train one day, for example, you build muscle and perhaps incorporate some cardio—all good things, but your step count won’t reflect it because it measures steps, not reps. Likewise, running 30 minutes on a treadmill might burn more calories than walking to the park, but the latter may be more enjoyable—but the tracker won’t incorporate that data.

Creating accountability—with or without a device

With nearly two-thirds of American adults and 30 percent of children overweight or obese, we will continue to look for tools and processes to help us become healthier. A tracker can help, but if you’re not reaching your goals, maybe it’s time to look at how to move more each day, how to eat more fruits and vegetables at each meal, and how to make exercise fun and social. Then, if a tracker helps support that effort, all the better.

Mission Statement: A trusted sports and fitness destination that provides comprehensive wellness programs, events and training services to educate and support our community and athletes in their achievement for health and performance excellence.